Eventee offers different language options for the administration and the app interface. New languages are gradually being added.

Note that only default Eventee strings are multilingual. The texts you add and strings you change via the feature Custom strings will not be translated.

Let's see how it works!

This is the place, where you create your whole event. Changing the administration language will only affect your account. 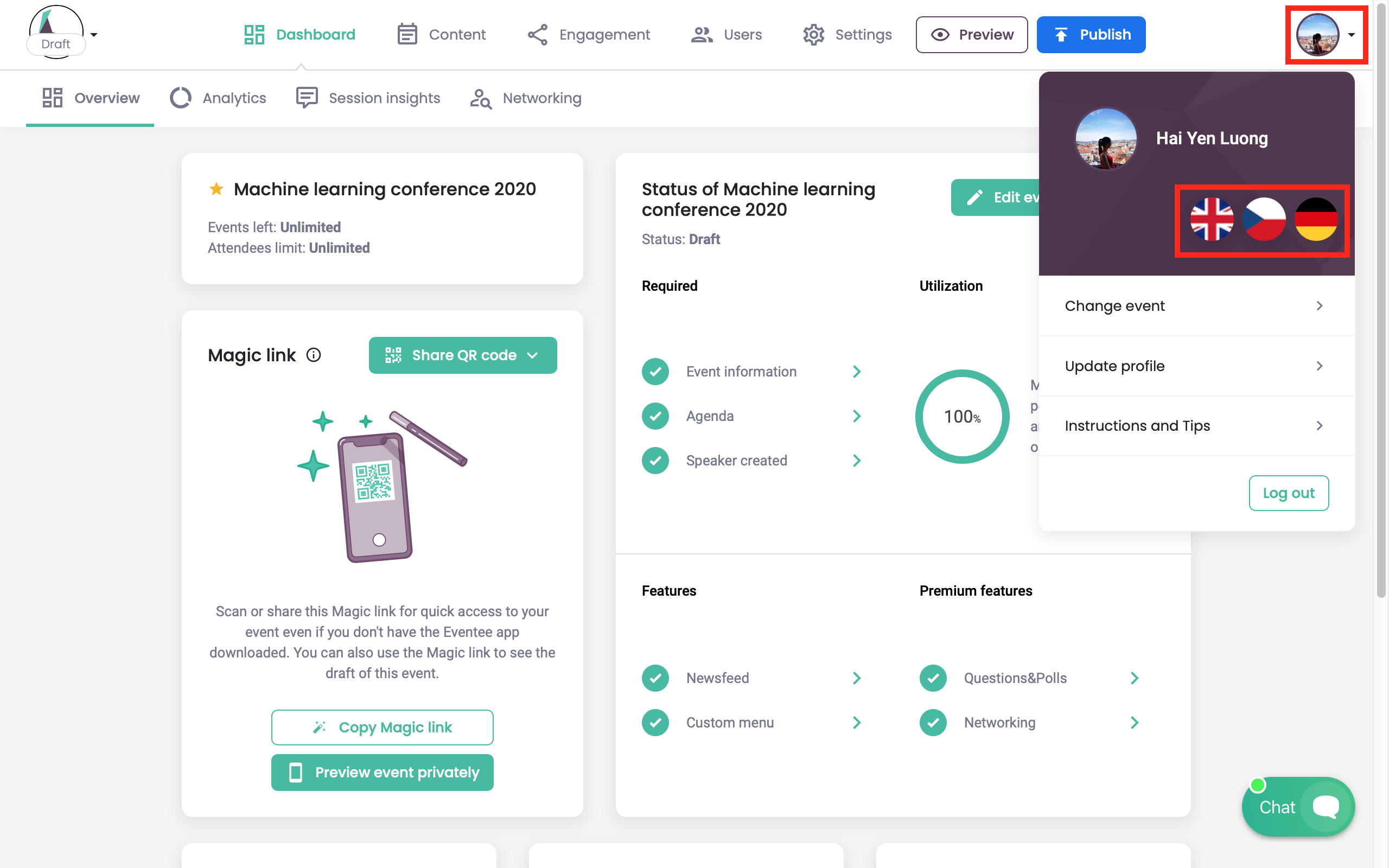 Eventee sends out various emails ( manage your email preferences in your profile settings), including member and attendee invitations. You can set the language of these automated emails in the tab Settings → General → Email language. 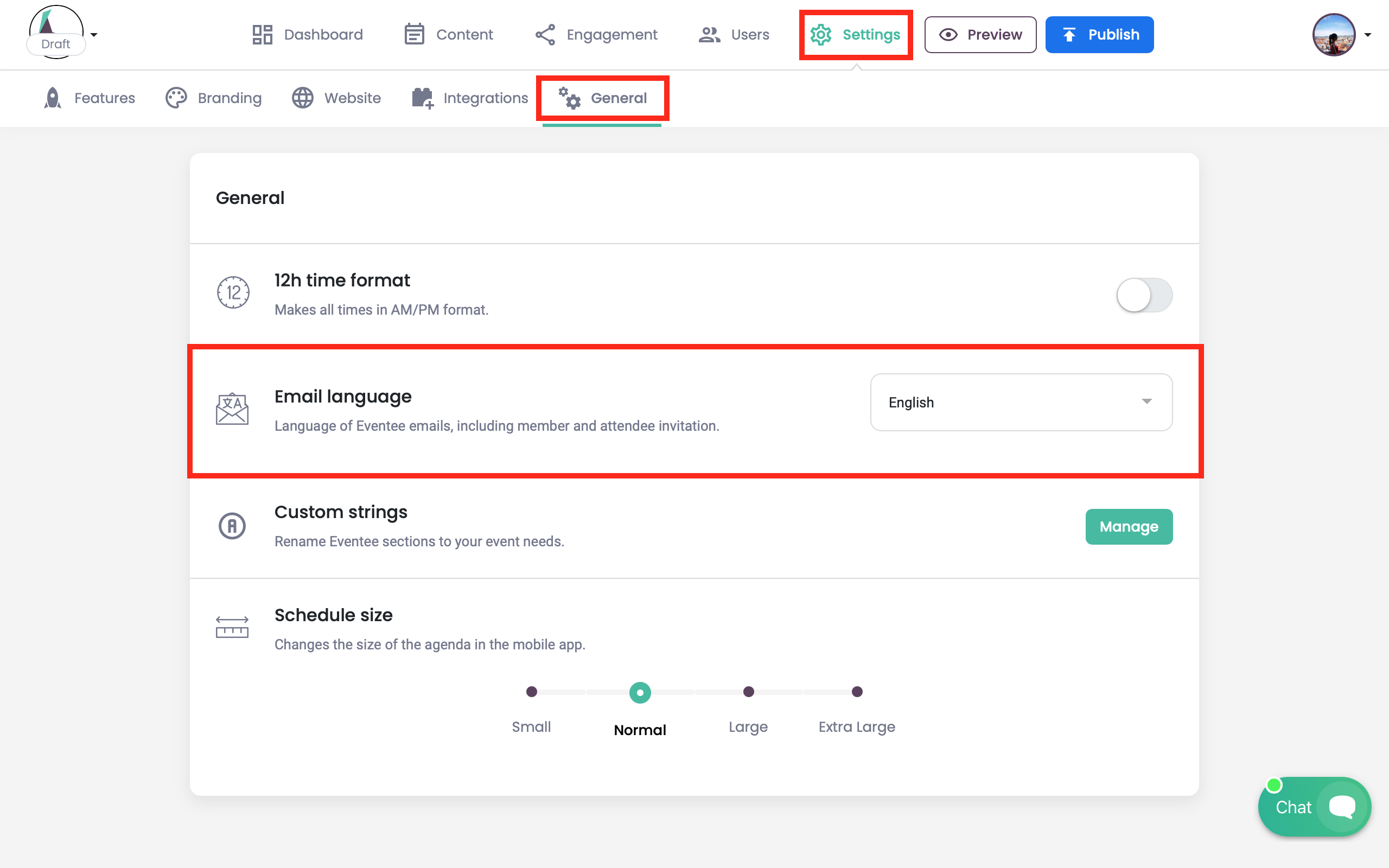 The language of the  web app can be set manually. If a user lands on the web app for the first time (e.g. via Eventee email invitation), by default, the language is set by the language of the user's browser. To change it, find and click on the language flag in the upper right corner next to your account name. This will open the list of supported languages. 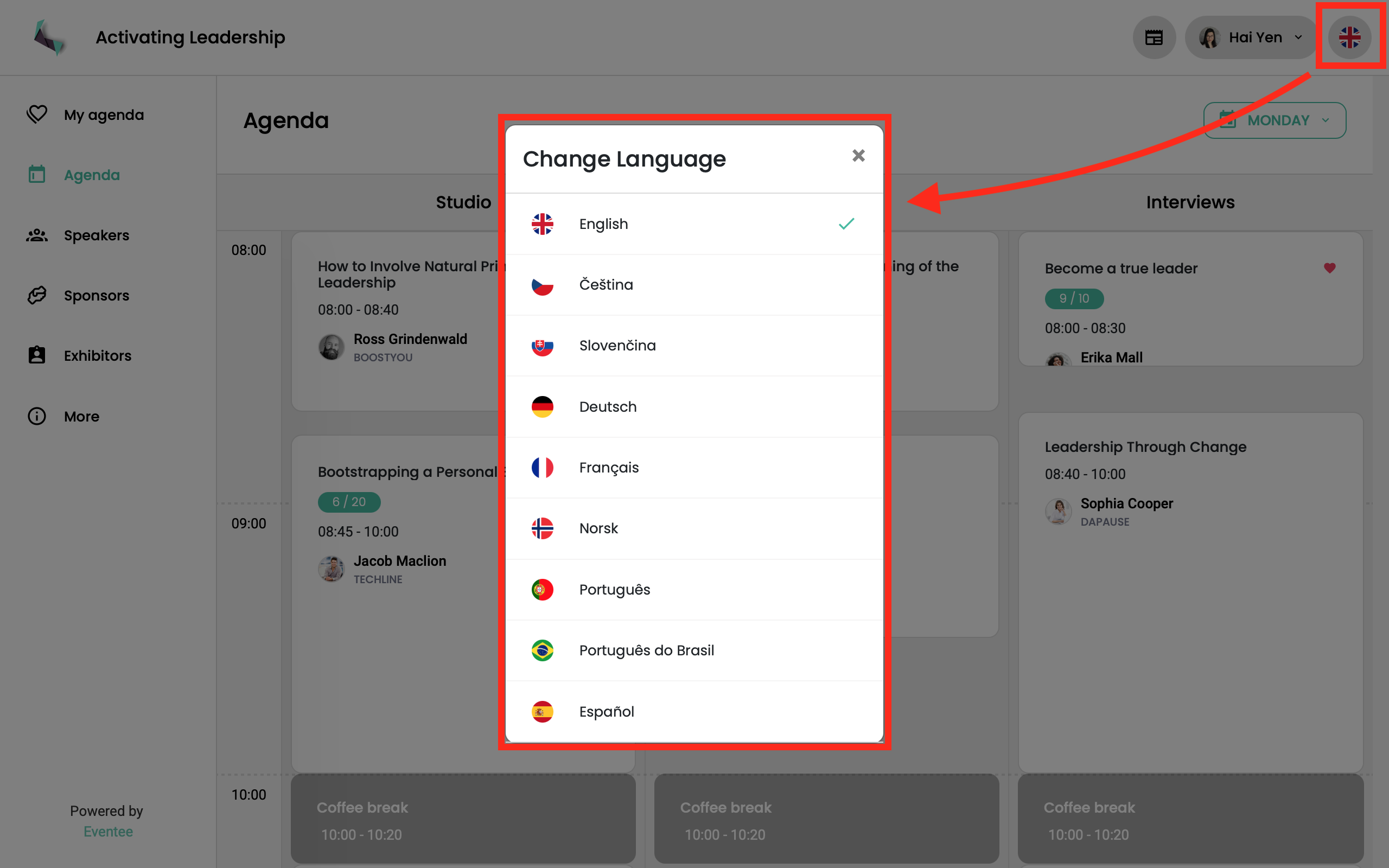 Find and click on the language flag in the right upper corner next to the "Join event" button. This will open a toggle menu with supported language options you can choose from. 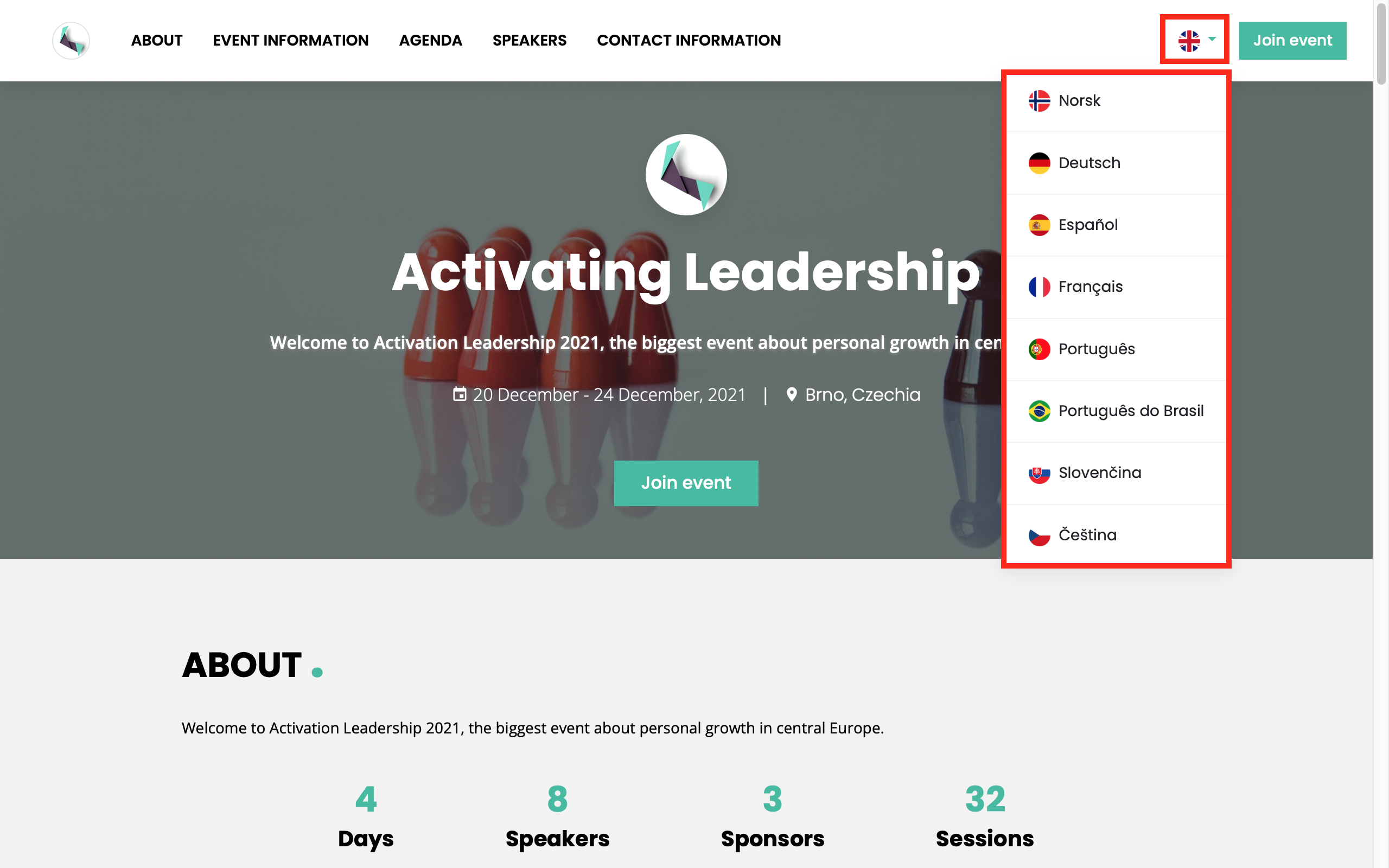 Did this answer your question? Thanks for the feedback There was a problem submitting your feedback. Please try again later.
Last updated on September 7, 2022